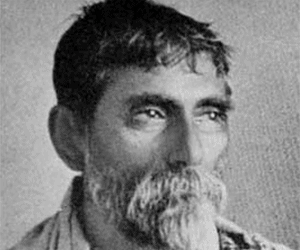 During the early 20th century there were many scientific innovations and breakthroughs happened in India. They were results of hard work done by many scientists, and Bengal was like a hub of scientists at that time. One of the

most prominent of them is Prafulla Chandra Roy.

Prafulla Chandra Roy was born in the village of Raruli-Katipara, in the Jessore District, which was then situated in the eastern portion of the Bengal Presidency of British India (now in present-day Bangladesh). He was the third child and son of Harish Chandra Roy chowdhury , a moderately wealthy Brahmin Zamindarand his wife Bhubanmohini Devi, a daughter of a local Taluqdar( land owners during British times).

He had four brothers and three sisters. His grandfather Maniklal had been a dewan of British East India Company and strongly associated with the religious movement Brahmo Samaj.

Prafulla’s early education started in the village school and then at the age of ten his family moved to Calcutta ( now Kolkata). There he studied in Hare School then after a sudden break in his education due to illness, he admitted to The Albert School.

In 1878, he passed the Matriculation Examination with a first division and then admitted to The Metropolitan Institution ( Now Vidyasagar College). There he was deeply influenced by Surendranath Banerjee, the prominent Indian nationalist and later the president of Indian National Congress.

Inspired by liberal views, in 1879 he joined the Sadharan Brahma Samaj, a more flexible and liberal version of the original Brahmo Samaj.

Though he studied history and literature earlier, he attended physics and Chemistry lecture in Presidency University as an external student. There he was influenced by chemistry lecturer Alexander Pedler, who was one of the earliest research chemists in India.

He passed the FA exam in 1881 with a second division, and was admitted to the B.A (B-course) degree of the University of Calcutta as a chemistry student.

After an all-India competitive examination, he won one of the two scholarships, and enrolled as a BSc. student at the University of Edinburgh without completing his original degree. He went to Britain in 1882.

After completion of his degree he went for doctoral studies. He eventually tilted towards inorganic chemistry, a rather neglected subject at that time.

At that time Prafulla Chandra Roy was busy in doctoral studies, most of the scientific works and research were happening in organic chemistry. Most of his works were related to double sulphates (then known as vitriols).

Ray was awarded the Hope Prize which allowed him to work on his research for a further period of one year after completion of his doctorate. While a student he was elected Vice-President of the University of Edinburgh Chemical Society in 1888.

Prafulla Chandra returned to India in the first week of August 1888 and subsequently joined Presidency College,

Calcutta as temporary Assistant Professor of Chemistry in 1889. Later he was surprised by the fact that despite having a degree from England he could not find suitable job in the British administration. As most of higher posts were occupied by British themselves.

In 1896 he published some paper on a new stable chemical compound named, later he discovered the compound named Mercurous Nitrite. He was also worked on the synthesis of Ammonium Nitrite and Mercury alkyl.

He was one of the pioneer industrialists of Bengal, he established the Bengal chemical in 1901 to promote locally made goods in Bengal. His institution was also deeply associated with the Swadeshi Movement of Bengal during 1901-05. Now days Bengal Chemical is a government owned enterprise situated in Kolkata.

In 1902, he published the first volume of A History of Hindu Chemistry from the Earliest Times to the Middle of Sixteenth Century. He published his autobiography, Life and Experience of a Bengali Chemist in 1932. The second volume was published in 1935.

He remained bachelor throughout his life and devoted himself to scientific and social works. He was a fellow of the prestigious Royal Asiatic Society of Bengal and Chemical society. He was the eminent Indian scientist who is hailed as the “Father of Indian pharmaceuticals”.