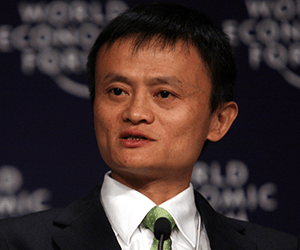 Jack Ma is officially the richest man in China and he is the founder of the E-commerce giant Alibaba and along with this, he is a stakeholder at Alipay. There is no doubt that he is one of the living examples of entrepreneurship in today’s time. His struggle from guiding the tourist to the richest people in China is definitely recommendable. The first step he took towards success is improving his communication skills by learning English. Jack ma is one of them who saw the potential on the internet as a business opportunity. In the early 2000s, he founded his first E-commerce venture namely Alibaba and the success of this venture helped him to become the richest man of China.

At the age of 31, he started his first company and he runs the biggest e-commerce network in the world. The company enhance its business with utmost honesty and while he was doing this, then the biggest challenge for his was to build trust among the people of china that online system of payment is safe and secure.

In the year 1964, on 10th September Jack was born in the city Hangzhou which is located in the Zhejiang Province of China. His father and mother were involved in a profession of story-telling through music. At his earlier age, he was interested to gather knowledge about English and he always tried to communicate in the language. His passion for English was so strong that it drives him to a hotel which was frequented by foreigners.

Later, the youngster started his journey by guiding the tourists in visiting sight-seeing places around his city. He used to do this and his main motive was to learn more new things about English and he wanted to spend more time with English speakers so that he can learn something good from them.

His passion for English also drives him to enroll in a university and even he attended exams for the same reason but unfortunately he remained unsuccessful. After that, he joined the Hangzhou Teacher’s Training Institute in order to pursue a Bachelor’s degree in English. He completed his graduation in the year of 1988.

When he was studying at the Hangzhou Teacher’s Institute, then he met a woman named Zhang Ying and later he married this same lady. In fact, Zhang played a major role in initiating Jack’s first business venture. The couple later became parents of two children, a son and a girl.

In the year 1990, Jack got to know about the usefulness of the internet and after doing proper research he began to see this new trend can be a great business opportunity. In the year 1995, he visited the United States to gather more information about the internet and there one of his friends told him about the connection of the website. In the same year, he raised a fund of $20,000 and started his own firm with an intention focusing on the internet.

The purpose of his company is to create a website for others. That time this kind of business was relatively new and because of that Ma managed to earn good handsome money in just 3 years. In 1998, Jack appointed as the head of a government firm by the agency China international electronic commerce center and he got this position because of his success in this field.

But, he left the job in the year 1999 and started his new venture named ‘Alibaba’ along with other friends. The motive was to create a website which will be one-stop-shop for business to business transaction. The company received a good amount of financial banking support and with the help of this, the company can able to enhance the business to around 240 nations.

After that Jack started his new venture in e-commerce and he knew that it can be a great money-making scheme in the 21st century and because of that he also founded numerous such as Taobao, Lynx, and Ali Mama. Within a short period of time, Taobao started trending as a top eCommerce site and grabbed attention. Taobao was grabbed attention from various marketing sharks such as E-bay, yahoo and so on. Jack was not interested to make any kind of deal with e-bay but yahoo invested $1 billion in Jack’s venture.

Jack is primarily known for his Alibaba venture because it was one of the biggest e-commerce platforms. This firm has a competitor like eBay and this firm helped jack to become the richest man in China.

Jack Ma’s life story is an inspiration for the people. There is no doubt that the life story is a completely optimistic and determined entrepreneur who has changed the definition of business and the internet in china and all over the world. His extraordinary life will tell you about the importance of belief in yourself and he also advised to treat rejections and failures as opportunities and that will help you to get bigger opportunities.