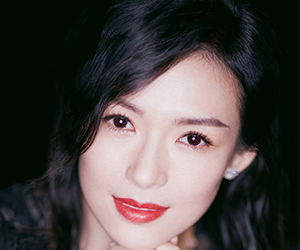 Presently aged 40 years, Zhang Ziyi is a popular Chinese actress and model in the Chinese Entertainment industry. She debuted her career in "The road home," which was released in the year 1999.

She also became the first Chinese woman to become Emporio Armani ambassador, where she worked from the year 2009 to the year 2010. In addition to this, she also served as a brand ambassador for several industries like Mercedez-Benz, Gamier, etc. She was also featured in the "BOF 500" list.

Moreover, there are many allegations over the actress all over the world. Some claims say that she was paid about 100 million dollars to sleep with the top Chinese officials. But all of these allegations came out to be false when Zhang cased against Boxun, who settled all her cases and paid the fines as an apology too.

Later, the Hong Kong media channel "Next Media," made somewhat similar attempts in the magazines and journals. Zhang also crushed these false allegations and cleared out the mark they were trying to put on her character.

Early Life and Commencement of the Professional Modelling Career:

Zhang Ziyi was born and raised in the city of Beijing in China. Her father worked as an accountant and later joined to be an economist, and her mother was a kindergarten teacher. She and her older brother used to be very close to each other.

Zhang started studying dance when she was just eight years old. Consequently, she became a part of the Beijing Dance Academy to her parents' suggestion at the age of 11 years. Beijing Dance Academy was a boarding school and the place of realization where she noticed, in the fire of contesting and competition, how mean the other girls were to each other for the status amongst the teachers. Zhang was actually never cool or okay with the attitudes of her peers and teachers. As a result of all her discomfort and insecurity, on the one fine occasion, she left and ran away from her school. At the age of 15 years, Zhang acquired the national youth dance championship and also emerged as a model in a handful of TV commercials, and that was the beginning of her career in modeling and entertainment industry. Later after that, she started frequently appearing in TV commercials and advertisements in Hong Kong.

In the year 1996, Zhang enrolled and joined the prestigious Central Academy of Drama in Beijing at the age of seventeen years.

Zhang Ziyi did her first television show in the film "Touching Starlight" at the age of 16 years.

In the year 1998, while as a student in the Central Academy of Drama, director Zhang Yimou offered Zhang her first role in his film "The Road Home," which got the Silver Bear Award at the 2000 Berlin International Film Festival. Zhang acts as a country girl who is in love with the town's young tutor. For her role as a country girl, she also won the Best Actress Award at the 2000 Hundred Flowers Awards. Due to her massive success in this role, Zhang started getting considered as one of the Four Dan Actresses of entire China.

Zhang got her international breakthrough when she played Yu Jialong in the movie "Crouching Tiger, Hidden Dragon." The film became a grand success in the USA as well as Europe, which allowed her to sneak in and start her Hollywood journey. Zhang played the role of a young Manchu noblewoman who secretly learns martial arts and then leaves to become a nomadic swordswoman rather than go for an arranged marriage. This role won her tons of awards at numerous places. These awards include the Most Promising Actress award that was presented to her at the Chicago Film Critics Association Awards and also the Best Supporting Actress awards, which she acquired from the Independent Spirit Awards, and also the Toronto Film Critics Association Awards.

In the year 2002, Zhang Ziyi co-featured in Hero with Tony Leung. Her early mentor Zhang Yimou directed this movie as well. Again, this film became a massive success in the English-speaking world, which was later nominated for an Oscar. Further, the movie became eligible for the Golden Globe award in the category of Best Foreign Language Film as well. After this movie, She then signed for the film a Purple Butterfly, which was released in the year 2003, and was more of an avant-garde drama film that also came up in the 2003 Cannes Film Festival.

She featured next in Wong Kar-wai's romantic drama film 2046 that was released in the year 2004. This movie also featured many top actors and actresses from all over China. Critics had a positive word and appraisals of Zhang for her expressive body language that was coupled with her engaged and mixed emotions in her act as a struggling prostitute. Zhang also received the Best Actress awards at the Hong Kong Film Critics Award as well as the Hong Kong Film Academy Award.

In the year 2005, Zhang starred in the critically acclaimed film Jasmine Women, which was adapted from a novel that was written by Su Tong and was titled as Women's Lives. She received the Best Actress at the Golden Rooster Awards for her fabulous performance. Later, she worked in Princess Raccoon, which was released in the year 2005, directed by Seijun Suzuki, who was a Japanese director and premiered at the Cannes Film Festival. To perform her role in an entirely iconic manner, Zhang wen for two weeks of singing and dancing tutorings in Japan.

On 27th June 2005, Zhang confirmed an invitation to be a part of the Academy of Motion Picture Arts and Sciences, which placed her among the ranks of very few people who can vote on the Academy Awards. On the year of 2006, during the month of May, at the 2006 Cannes Film Festival, Zhang was nominated as a jury member of Feature Films.