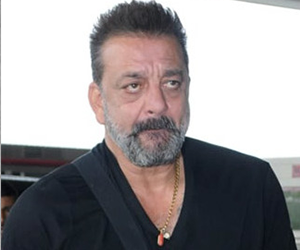 Sanjay Dutt is known for his tremendous and versatile acting skills. He is an famous actor and as well as a film producer in Hindi film industry. In spite of having a renowned family background he faced many ups and downs in his life and struggled hard to overcome all the obstacles to get success in his life. He started his journey in the acting industry in his childhood itself, in the movie Reshma aur Shera in the year 1972. After that in the year 1981 he worked in the movie Rocky as a leading actor, which was directed by his father. This movie provided a platform to make his own identity and proved to be a turning point in his life.

His full name is Sanjay Balraj Dutt. He took birth in a Punjabi family in the year 1956, 29th July. His parents were renowned cinema actors Sunil Dutt and Nargis. He is not the only child of his parents, he has two sisters, Priya Dutt and Namrata Dutt. The year in which he could enjoy the essence of success in his first movie, he lost his mother.

He has done his schooling from Lawrence school, Sanwar near kasauli Himachal Pradesh. He was a brilliant student but somehow got terribly involved in drugs during his secondary schooling days which ended his happy life but made him strong enough to face the harsh reality of life, struggle to prove himself in front of the entire society. After getting back to his normal life he decided to change his name from Sunjay Dutt to Sanjay Dutt which he considered to have a new existence of himself and start a new life.

Sanjay Dutt made his first bollywood movie debut in his movie Rocky in the year 1981. The movie Naam in the year 1986 bought a turning point in his life by providing major commercial and critical success. The journey of success in his life continued in 1990s also through the movies Tejaa, Khatarnaak, Zahreelay, Thanedaar, Khoon ka karz, Yalgaar, Gumrah, Sahibaan and Aatish; feel the fire. He was nominated for many filmfare best actor awards and best khalnayak awards. He worked in national award winning movies life Munna bhai M.B.B.S. The role Munna bhai in this movie gave him a new identity in the industry. He received a number of awards for his commendable work in the movie Lage raho Munna bhai, along with the award given by Prime minister Manmohan Singh. The roles given to Sanjay Dutt in the movies like PK and Agneepath justified him to be called as a versatile actor. The movie Sanju directed by Rajkumar HIrani provides a brief image of Sanjay Dutt’s life. He is often known by the name Munna Bhai and Sanjju Baba due to his immense contribution in bollywood.

Sanjay Dutt has been found to be involved in many relationships. Along with many Bollywood victims, Dutt was also considered to be involved in many serial bombings that took place in Mumbai, India. He had been continuously accused for this criminal offence. In April 1993, he was arrested under the provisions of the Terrorist and Disruptive Activities Prevention Act. After struggling hard he was granted bail on October 1995. On 31 July 2007 he was cleared from all the charges regarding the Mumbai blast. But his life was not that easy, the case went to the high court and after several sessions of getting into the jail and struggling for getting bail, finally he was released from this issue on 25 February 2016.

Sanjay Dutt has been constantly involved in controversies but irrespective of all this he managed to lead a happy married life. According to some news Sanjay Dutt was found to have an affair with the actress Tina Munim in 1981. But their relation couldn’t last long and he got married to the actress Richa Sharma in the year 1987.They had a daughter Trishala. But just after eight years of their marriage he lost his first wife, as she died due to cancer in the year 1996. Then he got married to Rhea Pillai but their married life was facing many obstacles so he decided to get divorce in the year 2005. Finally he tied the knot with the actress Manyata in 2008 and both of them are having a happy married life with their two children, a son Sahraan and a daughter Iqra.