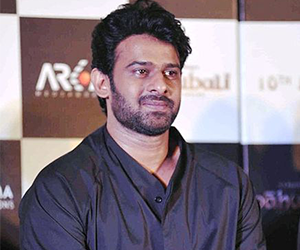 The big budget telugu actor, Prabhas, is best known for his versatility. He is a famous South Indian actor. He has also appeared in Hindi, Tamil and Telugu films. Through his acting skills, he has won the hearts of many people. His starring Bahubali 2 has become India's second highest grossing film to date.

Actor Prabhas completed his schooling education from DNR school in Bhimavaram. He then passed his B.Tech degree from Sri Chaitanya College in Hyderabad.

He is reported to have had an affair with southern actress Anushka Shetty. However, he is still single.

From 2002, Prabhas began his acting career. This year he debuted in acting life through the Tamil film 'God'. The following year he got the opportunity to play the lead role in the movie 'Raghavendra'. The film was a special success which paved the way for his acting. Then he was seen in the films 'Adhvi', 'Ramudu' and 'Chakram'. These films were a success in opinion polls. His next hit movie 'Chatrapati' was released by 2005.The film was directed by SS Rajamouli. The film was such a success that it was houseful for almost 100 days after its release.

He was later seen starring in films like 'Pournami', 'Munna' and 'Yogi' by 2007.The following year he starred in a comedy film 'Bujjigadu'. By 2009, he again starred in 'Billa' where he starred opposite Anushka Shetty and in the movie 'Ek Niranjan', these films were fairly successful. Then in 2010, he starred in a romantic film 'Darling' directed by Karunakaram which was a huge success. The following year, he starred in the romantic comedy film 'Mr. Perfect'. His next film was 'Mirchi' directed by Raghav Lawrence. The film was critically acclaimed, but the film made a big breakthrough in his acting career, leading him to be cast in a big budget film like 'Bahubali'.

India's second highest grossing film 'Bahubaali: The Beginning' was released in 2015.Here his character's names were Mahendra Bahubali and Amarendra Bahubali. The film was directed by SS Rajamouli. Besides Prabhas, the main character was Rana Dajanubati, Anushka Shetty, Tamanna Bhatia. Just a year later, in 2017, his sequel film 'Bahubali-2:The conclusion' was released, which achieved so much success that Jay was regarded as India's second highest grossing film.

After the final success of the Bahubali series, he got the chance to star in a Bollywood film in 2019.He made his Bollywood debut with 'Shaaho', in which he played the lead role opposite Shraddha Kapoor. The film also had great success.

Recently, he signed a contract as Mahindra Company's brand ambassador.