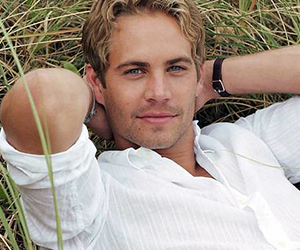 Paul walker was one of the famous American actors for his starring role in the film of Fast and Furious franchise. He was born as a son of a fashion model and he started his modelling career when he was 2 years old and after a few years, he started playing as a guest role in a television series. The life of this phenomenon actor comes to end in a fatal car accident in 2013.

He was born in the year 1973 on September 12 in Glendale, California. His father was Paul walker III and his mother was CheryI Walker. His mother used to be a fashion model and his father was a sewer contractor and a fighter. Paul had four younger siblings.

He started his modelling career when he was only 2 years old and additionally, he starred his television commercial for pampers. When he was growing up, then he started doing roles in various television series such as Charles in charge, Highway to heaven and so on.

After that, in the year of 1986 he made his film debut and he played the role of ‘Professor’ Bennett in the horror/comedy film ’Monster in the closet’. After that, in the next year he appeared in the ‘The Retailiator’. It is a low budget cyborg action film.

He completed his graduation from the Sun Valley’s village Christian school in 1991 and then he attended several community colleges in southern California and he was majoring in marine biology. He was always a fan of marine biologist Jacques-Yves Cousteau.

After having a huge interest in marine biology, he realized that he is more interested about acting and then decided to pursue acting as a full time career.

He was in a relationship with Rebecca Soteros and they have a child Meadow walker. His daughter Meadow used to live with her mother in Hawaii for 13 years but she moved to California in 2011 in order to live with her dad.

In the year 1998 he started fantasy comedy drama film ‘Pleasantville’. In this film he worked with Tobey Maguire, Jeff Daniels, Joan Allen, William H. Macy, J.T.Walsh and Reese Witherspoon. The movie was undoubtedly one of the biggest hit and after the success of this film Walker started getting many offers.

After appearing in a few movies like Varisty blues in 1999, she’s all that in 1999 and the skulls in 2000, Walker was chosen to play the protagonist character in the action film Fast and furious. He played the role of undercover cop Brian O’Conner.

Fast and furious is the first film of this franchise and he played his role with the famous Vin Diesel. Over the period of time, Vin became the best friend of Paul. The film was a great success in his career. Without any doubt, this first film of this franchise will help to bring the new height of fame in Paul’s life. After two years of the release, the franchise came with the first sequel 2 fast 2 furious and walker was also a part for this ride. The success of the film was larger than the first one.

In 2005, he appeared in another action film ‘Into the blue’ and in that film he paired with Jessica Alba but the film was a flop and paul received negative feedbacks for this role. In the next year, he did a family drama ‘Eight below’ in which he played the role of Jerry shepard. The role is basically a guide at an Antarctica research base under contract with national science foundation. The film was a huge commercial success in his career.

In the year 2008, he played a role in the thriller film ’The Lazarus project’. In this movie he played the role of reformed criminal on parole who get a second chance at life and starts to work a psychiatric hospital. The year 2013 started with a good one because he appeared in several films such as Vehicle 9, Fast and furious 6 and Pawn shop Chronicles. But, in the same year when he was shooting for the film furious 7, then he faced an accident and that is the reason of his untimely death.

He was attending an event by his charity which was trying to raise money in order to help the victims of Typhoon Yolanda in Philippines. Around 3:30 of that afternoon, he left the event and driven by his friend Roger Rodas. The car was in a speed of 80 to 93mph in a 45-mph speed zone in Valencia, California, when the tires gave out and the car crashed into a concrete light post and then it hit two trees and the vehicles burst into flames. The trauma and the burns are the main reason for the death of Paul Walker. In the next day internet flooded with tributes for Paul walker from fans, friends, his co-stars and so on.

Paul walker will be remembered always for his role as Brian O’conner in the film Fast and Furious firm franchise. He played the role of an undercover agent in that film. He was the founder of ‘Reach Out worldwide’. The orgnaisation is basically providing relief efforts to regions devastated by natural disasters such as earthquake or Hurricanes and so on. He was just an one step away from a black belt. At the time of his death, he was trading at the Paragon Academy in California under Ricardo Miller’s instruction.