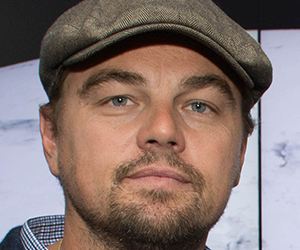 Leonardo di Caprio is one of the most renowned American actors and producer and he is famous for his outstanding performance on the big screen. He made his entry through Santa Barbara in 1991 through television and soon he became the famous international star. He played roles in different kinds of movies such as romantic, historical and period drama and thriller. He also campaigns for various international issues all over the world.

He was born in the year 1974 on November 11 in Los Angeles, California. He is the only child of his parents. His father was GerogeDicaprio and he was a comic artist and his mother was Irmelin who was a legal secretary by profession. He spent his childhood with his mom because when he was only 1 year old, then his parents separated. But, he was always close to his father and his father pushed him to explore the creative side of his. He spent most of the time with his grandparents in Germany.

He was sent to Los Angeles center to enrich studies for four years and after that, he joined the seeds Elementary school. He also joined in the John Marshall high school which he left after three years and then he ended up by joining only a general equivalency diploma.

Due to the number of affairs he had, his personal life was always been in the limelight. His link-up and breakups with different models like Gisele Bundchen, Bar Refaeli, and Toni Garn have made headlines in the magazines. He also had a relationship with the actress Blake Lively in the year 2011. He owns a house in Los Angeles and an apartment in Battery Park City.

When he was only 5 years old, then he started his journey with the television series called ‘Romper Room’. But, unfortunately, he could not continue this role for a long time because of troublesome at such a tender age. After that, he again started with making small appearances in commercial and educational films when he was 14 years old. In 1990 he made his television debut with the short series based on a comedy film ‘Parenthood’ and for this series; he earned a nomination for the young artist award for the best young actor too. Along with this, he also made appearances in shows such as ‘The new lassie’ and ‘Roseanne’.

But, the turning point of his career came in 1991 because that time he participated in the family comedy ‘Growing pains’ and made his film debut with the horror movie ‘Critters 3’. He worked in the film ‘the boy's life’ along with Robert De Niro and for this film he was widely acclaimed. The film was based on the relationship between a son and stepfather. After that, he appeared in the movie ‘what’s Eating Gilbert grape’ in the year 1993. He starred along with Johnny Deep in that movie.

His career grew extremely high with his films in the year 1995 with the films of different subjects like ‘the basketball diaries’ and ‘the quick and the dead’. In the year 1996, he played the romantic character along with Claire Danes as Juliet and the movie was inspired by Shakespeare’s Romeo Juliet. But, there is no doubt that with the release of tragic love saga ‘Titanic’ by James Cameron, his career touched new heights of success. The movie released in the year 1997 and it crossed a budget of over $200 and with this film he proved his capability to handle lead roles in Bollywood. After that, he appeared in ‘The aviator (2004), ‘blood diamond (2006)’ and ‘the departed ()’

2006 and all of them received academy award nominations. He also wrote a documentary in 2007 and the environment was the main subject and partnered with Netflix for the production of more such documentaries. In 2011, he played in a biographical drama ‘J. Edgar’ where he portrayed the FBI director J. Edgar and received much appreciation for his subtle and persuasive performance. In the comedy film ‘the wolf of all street’ directed by Martin Scorsese, he played the role of former stockbroker Jordan Belfort in 2013.

He also appeared in ‘The Revenant’ in 2015. The film is mainly based on part of the famous Michael Punke’s novel with the same title. Along with his acting, he also owns a production company namely Appian Way productions.

He is a renowned actor and a responsible citizen and he proved this again and again. The tragic love story ‘titanic’ was unarguably his best performance and he also won the academy award for the best actor for playing the role in ‘the revenant’. On the other hand, you cannot deny the fact that he is a responsible citizen of this world. He has made several donations for various issues and among them; he made a donation of $1 million to the wildlife conservation society in November 2010.