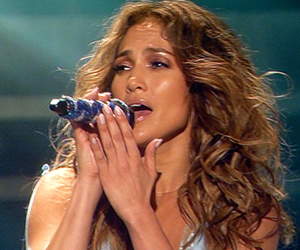 Jennifer Lopez is one of the famous American actresses and musicians who started her journey in the late year 1980 and became one of the highest-paid Latina actresses in the Hollywood industry. Along with acting, she later found immense success in the music industry because of her pop albums. She is one of the most ravishing women in the fashion industry.

When she left her hometown, then she started her journey as a dancer but because of her and talent within a short period of time, she started her film career. After getting success in the film industry, she explored her singing passion and succeeds to grab the public attention for her creativity, talent and personal life.

She is the second of the third children of her parents. Her mother was Guadalupe Rodriguez and her father was David Lopez. When she was only 5 years old, her parents sent her to learn singing and dancing and when she grew up she was enrolled at Preston High School.

In the final year of her school, when she was 16 years old, then she landed herself in a small role in a low budget film “My little lady” and that time, she received some more offers. But, then she went to Baruch College and with the dream to become a movie star she left college. Her parents were not happy with the career she chooses for herself and as a result of this, she left her home and family and started living separately in Manhattan.

She stared her studying at the Preston high school and because of her passion for singing and dancing her parents sent her to a dance school. Then she took her admission to Baruch College for higher study and in the middle of her course, she left her course because of her dream to become a movie star.

In February 1997, she married Cuban Actor Ojaninoa and their marriage lasted less than a year and divorced in January 1998. On September 2001, she married actor and choreographer Cris Judd and filed a divorce in June 2002. Then, in the same year she started dating actor Ben Affleck and end of that year they got engaged but the couple got separated in January 2004. She got married to Marc Anthony on 5th June and they had their first children on 22nd Feb 2008 and they filed for divorce in the year 2012. Later she dated her former back-up dancer Casper Smart.

She started her career with a small role in My little girl in the year 1986 and then she was only 16 years old. But, at that time she also worked as a dancer and actor in some musicals. She won the national competition in the year 1990. After that, in the year 1990, she got her first television break in Living color and there she was playing as one of the fly girls.

Then in the year 1997, she played the biopic of the singer Selena Quintanilla- Perez who died in her earlier age and this is basically a breakthrough film for her career. Along with this, in the same year, she played the lead roles in the popular movie Anaconda.

Then, in the next year, she started shooting for her crime film ‘Out of sight’ and her co-star was George Clooney.

After that, in 1999 she made her debut music album namely ‘On the 6’ and from there ‘If you had my love’ became a huge success. Her single song reached no 1 on the billboard 100 and is regarded as one of the most infectious singles of this year. Another song from the same album ‘Waiting for tonight’ received huge popularity and it is considered as her best single to date.

In 2000, her second big hit came with the single ‘Waiting for tonight’ and later on this same year, she started shooting for her two films such as “The Cell” and “Enough”

After that, in 2001 her success reached in the new height with her singing album ‘JLO’ and the copies of this album sold like hotcakes. In the same year, she started shooting for ‘The wedding planner’ and for this movie; she received widespread praise from everywhere. It was her first attempt at romantic comedy.

In 2004, she started her new film Gigli with Ben Affleck and in the same year, she also played the female lead in ‘Shall We Dance?’ along with Richard Gere.

With her husband Marc Anthony, she started the biographical film EL Cantante in the year of 2007, which is a huge critical success. In the same year, she also released her Spanish album Como AmaUnaMujer. Her album also well received by the people.

She was invited as a judge in the famous singing reality show ‘American Idol’ in their 11th season in the year 2012. However, in July she left the show and in the same month, she released her next album ‘Dance Again… the hits’ and this is one of her extremely hit albums.

Her film Selena where she played the title character received amazing critical reviews.

There is no doubt that Jennifer Lopez is one of the most popular entertainers and she always shown her versatility in acting, singing, and dancing. She was in public attention for many reasons. It can be for her spectacular performance or it can be her singing. But, apart from her working life she always received attention regarding her personal life. She married thrice and her longest time marriage is with Singer Marc Anthony.