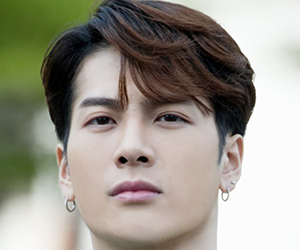 Born in a sporty Chinese family, Jackson Wang is a dancer, a rapper, and also a singer based in South Korea. He is the part of one of the GOT7 artists and has been known mostly for his appearances in South Korean TV shows.

Apart from his career as singer, rapper or a dancer, Jackson has been showing immense interest in sports which was inherited to him by his family itself. His father is a coach and a former member of China's national fencing team, who also received a gold medal at Asian Games. His mother is a former acrobatic gymnast, who hailed from Shanghai. She also won a gold medal in world Gymnastic championship.

Initially, he used to go to American International School until his 11th grade. As a result of the father's legacy and his hard work, where he started fencing from the age of just ten years, he has been a part of Hong Kong's national fencing team. As a captain in the year 2010, his team lost the National Youth Olympics.

Jackson Wang was born in Kowloon Tong, which is a city in British Hong Kong on the day of 28 March 1994. He was brought up in Sha Tin District, which is part of New Territories. His maternal grandfather, Zhou Yongchang, was a guide of ultrasound diagnostic medicine of mainland China.

Jackson Wang's family includes his father, Wang Ruiji, his mother Sophia Chow and also his elder brother, who lives in Australia. Talking about the personality traits of Jackson Wang, he appears to be serious most of the times, but also in a very playful manner. According to his friends and close relatives, he has been identified as an unstoppable spirit who never believes in giving up for what they really want. Jackson has been observed and reported to grow up in the same personality trait. An active, young and dynamic person with so much of passion and energy towards his goals. His debut in music and rapping began from his career in GOT7.

There, he is well known for his outgoing and sassiness personality in all of his GOT7 members. Jackson Wang's Zodiac sign in Chinese analogy belongs to the sign of wolf/dog that is 11th of the 12 Chinese Zodiacs.

During the time of his birth, he suffered from a disease of ADHD. It abbreviates for Attention deficit hyperactivity disorder. It is a total mental disorder belonging to the neurodevelopmental type. It is functionally characterized and classified by trouble in paying attention, extreme activity and acting without regards to outcomes, which are sometimes totally inappropriate for a person of the same age group.

Moving to the next phase of his early childhood, in the year 2011, during 3rd July, at the time of his teenage, he became a JYP trainee. Working as a JYP trainee, Jackson Wang served there for about more than two and a half years.

In the year 2014, Wang entered his first variety show, SBS' Roommate, as a part in its second season. Wang's personal popularity soared after he appeared on the series, and then he was also awarded the Newcomer Award at the SBS Entertainment Awards, 2014 edition. Later, he also appeared on several on numerous other Korean variety shows that include Radio Star, Problematic Men, Star King, A Look At Myself, Law of the Jungle, Happy Together, Our Neighborhood Arts and Physical Education, Saturday Night Live Korea, and many others. On the day of 12th May 2015, Wang was designated as a new MC for SBS' music show Inkigayo, after which he also became the part of the departure of ZE: A's Kwanghee.

In the month of December 2015, Wang began his Chinese television debut as one of the representatives with his partner, He Jiong on the Chinese edition of the program "Please Take Care of My Refrigerator." The same program was popularized by the name of "Go Fridge." He also scripted the lyrics, designed and composed the theme song for the show that came up in the seasons 2 and 3. In the month of March 2016, Wang was selected as MC for Fresh Sunday, a show on Hunan TV. Later in the year of 2016, he featured in the show Fighting Man where he was accompanied by the co-stars Jing Boran, Bai Jingting, Jam Hsiao, Wang Kai, and Yang Shuo.

In the month of December 2016, Wang's opening single commercial for Midea was launched for the first time in China. On the day of 26th June 2017, JYP Entertainment declared the announcement of Wang's first solo album in China, as well as the setup of a dedicated management team, which was named after Jackson Wang: Team Wang. This was a step totally taken for his motions in the country.

His opening single, which was an English track titled as "Papillon", was released on the day of 26th August and also opened at No. 1 on Billboard's China V Chart during the week of 16th September. Further, on the day of 30th August, he also launched "Novoland: The Castle in the Sky", that was the theme song for the iOS game "Novoland: The Castle in the Sky 3D." Moving next and then developing away from hip-hop and creating the first try with classical and melodious music. Later he also worked towards the establishment of his own studio in China, after which Jackson Wang started endorsing clothing brands, beverages, and electronics, that included Adidas, Douyin Application, VIVO X21, Pepsi, Snow Beer, Lenovo in China, and Hogan in Hong Kong.