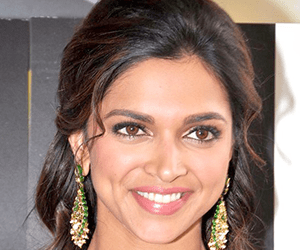 Deepika Padukone is one of the Bollywood actresses of India. Although she started her career with modeling in her early life, later she associated with the acting world. She is among the top earning actresses in Bollywood right now. She has won the hearts of many people due to her extraordinary acting skills. Also her brilliant personality has caught the eye of all. Her name is also on the list of the top women in Asia.

Deepika gave her secondary and higher secondary education from Sofia High School in Bangalore. She then graduated from Mount Carmel College. Then she passed the Bachelor of Arts from the Indira Gandhi National Open University. Her subject was sociology.

Deepika always wanted to be a badminton player and her goal was to become a badminton player like her father. So she used to practice badminton regularly. She got up at five in the morning, then went to school, returned to school, went to badminton practice. Then she used to do homework and fall asleep. This was her daily routine. She has been involved in modeling life since she was 28. At first, she used to add Liril Soap. Since then she worked as a model for several brands. She attended Lakme Fashion Week a few years later and was named the best model of the year. Then she was seen on singer-actor Himesh Reshamia's album 'Naam Hai Tera'. Since then her popularity has been increasing slowly.

Since working on Himesh Reshammiya's album, she has had the opportunity to acting in films. In 2006, she made her debut in a Canara movie directed by Indrajit Lankesh. This movie is a huge success. Her performance in this movie caught the eye of everyone. Then she got the opportunity to perform in Bollywood. She made her Bollywood debut with the film 'Om Shanti Om'. This movie was created by a reincarnation story. Here starring Shah Rukh Khan and Arjun Rampal. The film was a great success and became the highest grossing film of the year. She won the Best Female Debut for that year award and won Best Actress nomination for her performance in this movie.

Then in 2008, she starred with Ranbir Kapoor in ‘Bachchan Aye Hasino’. Here two other actresses performed with her. The film was a financial success but never hit it. The film's songs, however, attracted special attention from the audience. She then played in 'Chandni Chowk to China'. Here was her double roll as well. In contrast, Akshay Kumar played the lead role. She learned jujutsu for acting in this movie. The film also did not get much success. She then appeared in the movie 'Love aaj kal' with Saif Ali Khan. The film was directed by Imtiaz Ali. The film was a great success and became the third best-earning movie of the year. She was nominated for Best Actress for this movie.

In 2010 her 5 films were released. The first one is ‘Kartik Calling Kartik’, directed by Vijay Lalbani. Which was not particularly successful. Then came the comedy film 'Housefull' which was a huge success. Apart from this, the actors Akshay Kumar, Lara Dutt, Ritesh Deshmukh, Baman Irani, Arjun Rampal, Lara Dutt, Zia Khan starred with Deepika in this film. She acted in her next movie 'Lafanghe Parinde' where Nilriti Mukesh played the lead role. Which was not successful at all. Her next release was 'Break the Bad'. Here is Imran Khan starring with her. The movie did not get success at box office.

After five consecutive failed films, she starred in 'Arakashan' opposite Amitabh Bachchan. It was also not a success. She then starred in the movie 'Desi Boys' where he acted alongside Akshay Kumar, John Abraham and Chitrangada Singh. In 2012 she starred in the movie 'Cocktail', starring opposite Saif Ali Khan and Diana Penty. The film was a huge success. She was nominated for Best Actress for her performance in this movie. In 2013, she and Saif Ali Khan reunited together in their next movie 'Race II'. The film was also a success. She then appeared in a romantic and humorous film 'Yeh Jawaani Hai Diwani' directed by Ayan Mukherjee. Here Ranbir Kapoor plays opposite her. The film was also a huge success. Then she was seen in a romantic and action movie 'Chennai Express' directed by Rohit Shetty. Shah Rukh Khan played opposite her here. Which turned out to be the best picture of the year.

She then starred in the film 'Galiyo Ka Rasleela, Ramleela' directed by Sanjay Leela Bhansali. Here Ranbir Kapoor plays with her. It was realated to the story of Romeo Juliet. This movie her great performances came to the notice of all. For the first time, she won the Best Actress Award for this film. She and Shah Rukh Khan then reunited with the movie ‘Happy New Year’. After that, she appeared in the movie 'Piku' directed by Sujit Sircar where she played with Amitabh Bachchan. She won the second Best Actress award for her performance in this movie. The film was a huge success. Then she and Ranveer Kapoor were seen reuniting in the movie 'Tamasha' which did not reach the box office.

She then worked with director Sanjay Leela Bhansali on 'Bajirao Mastani'. Here opposite her was Ranbir Singh and Priyanka Chopra. Which turned out to be the best movie and was the fourth highest grossing movie of the year. In 2018 she starred in the movie 'Padmaavat'. Shahid Kapoor and Ranbir Singh also acted opposite her. The film breaks all Deepika's records and is a huge success. The film was created by historical fiction. She was nominated for Best Actress for this movie.