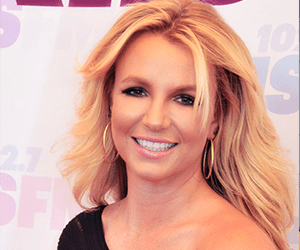 One of the famous American pop star and one of the greatest pop artists for all time is Britney Spears. During her childhood periods, she was always wanted to be a performing artist and this is why she started her journey when she was only 8. She is one of the most successful and popular teenage artists in the world. She also did a cameo in a Hollywood film and cameos in several TV shows such as ‘How I Met your mother’, ‘Glee’ and son on. for her public and the drastic romantic relationship, she has always been in the news.

She was born on 2nd December 1981 in McComb, Mississippi. Her father was James Parnell Spears and her mother was Lynne Irene. She brought up in Kentwood, Louisiana. When she was a kid, from that time she was interested to perform arts.

When she was only 8 years old, then her mother took her to Atlanta for an audition of ‘The Mickey Mouse Club’ which is a disney’s show but she was rejected for being so young. But, during this audition, she met with a talent agent, Nancy Carson.

The talent agent enrolled her in the professional performing art school and that time she moved to New York City with her mother. There she did a musical namely “ruthless” and appeared in ‘star search’ and she also did some TV commercials at that time.

After that, she again auditioned for ‘The Mickey Mouse Club’ in the year 1992 and that time, she was selected with other child artists like Justin Timberlake, Ryan Gosling and so on. But, after running for two years, this show was canceled and she went back to Kentwood.

She was involved in a relationship with her celebrity star from ‘The mickey mouse club’, Justin Timberlake from 1999 to 2002. Both of them confirmed their relationship in front of media in the year 2000 but they broke up in 2002 and the reason for their breakup was Britney Spears cheated on him but this is a rumor.

After their breakup, she married her friend Jason Allen Alexander in the year 2004 but in the next 55 hours she annulled their marriage and she said she did not really know what she was doing.

After that, in the same year, she became engaged with Kevin Federline who is an American back dancer and after stayed with him for 3 months, they got married. In the next year, they had their first child Sean Preston. With Federline, she gave birth to her second child in the year 2006 and later in the same year, she filed a divorce case with Federline. But, they agreed to share the joint custody of their two children.

In the next year, she checked into a drug rehabilitation center and she stayed there only for a day and the same night she shaved her head at a salon in LA. This became a big matter for the audiences because she was considered to be mentally troubled at that point. After that, in the next year, she lost custody of her children due to her bad mental health and social situation. After that, she started dating paparazzo AdhanGhalib in the same year. Thereafter, she started dating her agent Jason Trawick in the year 2009 and after dating with her for one year, they accepted their relationship publicly. However, the relationship ended in four years.

In the year, 1997 she was appointed by the senior vice president of A R to work with the producer Eric foster and there she recorded her first album in cheiron studios, Stockholm.

After that, her debut album ‘baby one more time’ was released in the year 1999 and as soon as it came out it topped into the billboard 2000. It became the biggest selling album by a teenager. After that, in the same year with her increasing popularity, she appeared on the cover of Rolling stone in a sexual portrayal. In the next year, she released her second studio album ‘Oops! I did it again’ and it broke all the records and it received the highest sales of a solo artist.

After that, in 2001 she wrote a book with her mother namely ‘A mother’s gift’ and along with this, she signed an 8 billion dollar deal with Pepsi. In the same year, she released her third album ‘Britney’ and it reached at number one position on the billboard 200. She appeared in the Hollywood movie called ‘Crossroads’ in the year 2002. The movie didn’t work well but critics appreciated her performance. After doing this, in the next year, she did her fourth album ‘In the zone’ and most of the songs of this album written by her and she co-produced this album. It was another success in her career.

There is no doubt that Britney Spears is one of the most renowned popular Pop artists ever. She received the Grammy award at the beginning of her career. Her personal life was always grabbed the attention but she never failed to mesmerize the audience by her singing.